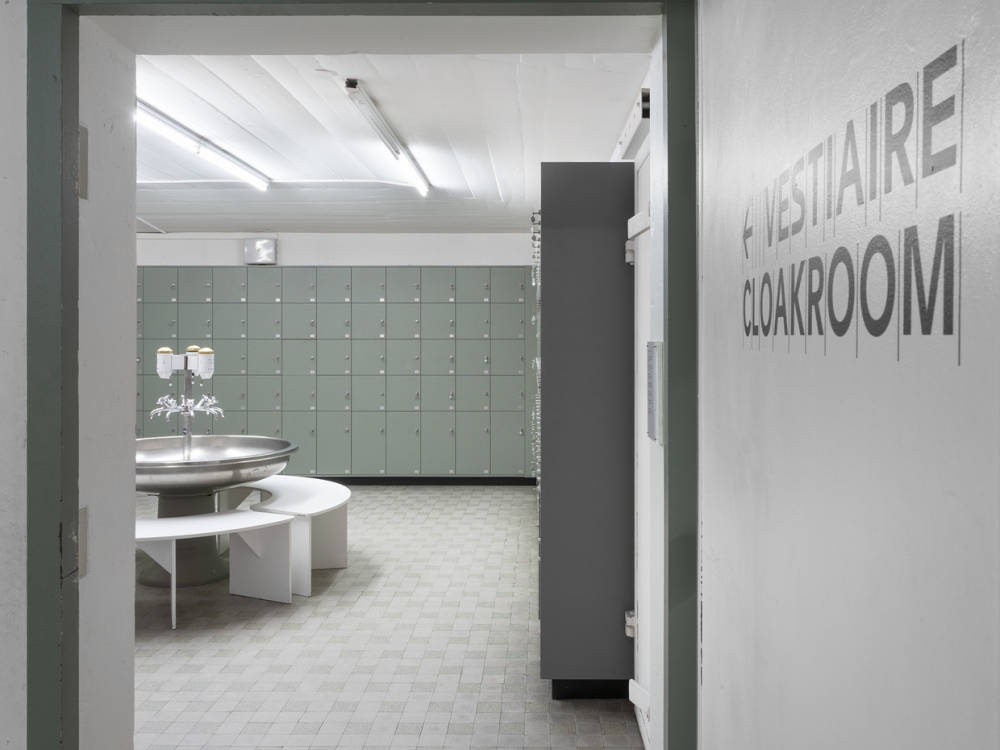 Visitors entering the sound installation of seven musical sequences by Kristin Oppenheim (*1959) find themselves at the heart of the medium of song. The a cappella voice retains the essence of the original song: a short melody and one or two phrases. The artist appeals to the individual and collective memory by featuring a familiar tune, played on a loop.

The voice comes close, sharpens our senses and envelops us in its gentle warmth. A second, more distant voice overlays the first and expands the sound-space. The spatialization and reverberation of the voices enables us to ascertain distance and become aware of the space. Our listening is conditioned by the way in which sound is inscribed in space.

The work also brings primal sensations to the surface, through vocal vibrations, the shifts back and forth between the voices, and the rhythm, comparable to that of breathing. The body is more than a screen onto which the voices project: it is a permeable, receptive organism that allows us to rediscover the tactile properties of sound. And yet, contrasting with this conscious physicality, we detect a kind of evanescence at work, the absence of a body projecting this plain, unadorned song into the empty space.

Oppenheim’s use of lyrics also evokes a sense of lacking, inadequacy and distance from the other: the artist glimpses a figure in Through an Open Window (1992); she is neglected in Shiver (1992), she weeps in  Cry Me a River (1992), then in more seductive mode, calls out “Squeeze me tight” in Starry Night (1993). In The Spider and I (1993), a strikingly visual cover of Lesley Gore’s song I Would, she sings of all the journeys she would make for love: “I would swim the coldest oceans, I would walk in burning sands, I would crawl across the desert with my heart held in my hands.” The title of Oppenheim’s work suggests the voice spinning its threads in space, like a web.

For Kristin Oppenheim, voices take the place of figures, as they accompany the visitor. Singing allows her to play on a comprehensive range of emotions. The use of melody favors the development of more haunting, vulnerable, cajoling vocal nuances. Ultimately, the tone and the use of repetition seek to reveal other voices, buried deep inside us all.